As noted in postings in this and other blogs, controversy has been generated by the publication of new USPTO patent eligibility guidance for laws of nature, natural products and natural phenomena (Andrew Hirshfeld, 4th March). A forum hosted by the Office on 9th May provided an opportunity for feedback from organizations and individuals. Some 80 people attended in person and some 350 people watched via webcast. A replay is available via the USPTO’s webpage (https://www.uspto.gov/patents/announce/myriad-mayo.jsp) and slides from the presentations by the USPTO and by 9 of the 10 invited speakers are also available.

Perhaps the most important take-away message was that although the Office is unwilling to withdraw the guidance or to depart from the basic principles contained in it, it is recognised that development must be an iterative process. Until the end of June the public still has the opportunity to submit comments, suggest alternative interpretations and submit additional training examples. Andrew Hirshfeld went out of his way to say that he would love to see additional examples.

In their opening remarks Andrew Hirshfeld and Raul Tomyo emphasized that the new guidance was not solely based on Myriad, but took into account a range of earlier decisions going back to O’Reilly v Morse. Although the Supreme Court explained that “discovery” was not enough for eligibility, its practical application was eligible provided that the claim as a whole recited something significantly different: either a marked difference from what exists in nature or the addition of something significantly more to the judicial exception. It was intended to introduce a flexible test rather than bright line rules. Controversially for products the Office is of the view that a marked difference in structure is needed which prima facie rules out consideration of difference by way of selection, isolation, purification or physical form. In Funk Brothers the claimed composition was ineligible since the mere aggregation or co-location of naturally occurring bacteria as an inoculant did not alter the bacteria. Mere functional difference would not suffice. There are no magic words that will now confer automatic eligibility on a claim, and “isolated” or “purified” may no longer suffice.

The tone of the public response was set by Hans Sauer representing the Biotechnology Industry Organization. His members believe that the PTO has gone beyond interpretation of recent Supreme Court decisions, and has engaged in unwarranted extrapolation and expansion of law in ways not prompted by the Myriad decision. Notable examples include the application of a new 101 rationale to combination products which were last addressed by the Supreme Court in Funk Bros. and Chakrabarty and with respect to which Myriad was entirely silent. Methods of drug administration or treatment, never questioned by the Supreme Court, are another example. The implicit but clear abandonment of cases like Parke‐Davis, In re Merz, In re Bergstrom, In re Kratz, and Merck v Olin Mathieson, which were briefed to the Supreme Court but neither discussed nor overruled, provides a further example.

Suzannah Sundby objected that an unduly broad interpretation was being given to recent precedent and also that a Wands type approach, weighing multiple factors, would be difficult to apply and could create absurdity. She expressed particular concern about process claims. Bond breaking” issues may be applicable in the context of nucleotide sequences but not in the context of small molecules such as, for example, paclitaxel and baccatin III.

In conclusion she urged that dialog should continue and that a review panel should be established to ensure consistency and facilitate compact prosecution. A similar approach was urged by Anthony Sabatelli who also mentioned the desirability of additional examples.

Small molecule patentability was of particular concern to Kenneth Sonnerfeld who expressed strong disapproval of the Amazonic acid example in the guidance, which he pointed out was inconsistent with the grant of US 141072 in 1873 to Louis Pasteur for yeast free of the germs of disease and decisions on the same theme including Parke-Davis v Mulford (adrenaline) and subsequent patents for digitalis, vitamin B12, vinblastine, doxorubicin and many more. Although the Amazonic acid example had been raised in argument before the Supreme Court in Myriad the resulting opinion was limited to DNA and did not overrule earlier decisions such as Chakrabarty allowing claims to purified natural products. The same issue concerning the Amazonic acid example was mentioned by Warren Woessner, who went on to observe that neither Myriad and Mayo nor Funk Brosthers defines “natural product”, much less a “markedly structurally different, non‐naturally occurring product.”. These cases did not provide sufficient rationale to depart from about a century of practice that culminated in Bergy.

Courtenay Brinckerhoff emphaized the importance of an enlarged range of utility and in the case of compositioons the importance of a cooperative relationship between the components. Why, she emphasized, should the Office choose the broadest and most damaging interpretation when it did not have to?

Leslie Fischer of Novartis drew attention to the guidance that could  be derived from the tariff cases referred to in Chakrabarty including Hartranft v. Wiegmann and Lawrence v. Allen as well as American Fruit Growers, Inc. v. Brogdex Co., emphasizing that a “manufacture” requires a new or distinctive form, character, name, or use. In particular, consideration of functional changes as relevant to patent eligibility is in accordance with historical tarriff and patent cases, which consider whether products derived from nature have different functions and uses.

Duane Marks of Roche emphasized the importance of diagnostics with reference to the Mayo opinion and suggested that in that case the claim could have been to a method of treating an immune-mediated gastrointestinal disorder with the steps of administering the active compound and of measuring the metabolite being more tightly defined and with inclusion of a treatment step.

Similar ground was covered by Barbara Fiacco on behalf of AIPLA, but her slides are not yet available online. Brief supporting remarks were made by Gregory Cox on behalf of the ABA. The formal presentations were followed by an hour of debate with comments from the floor and responses from senior USPTO people.

What then are practitioners to do? Inaction prompted by pessimism will merely preserve the present guidance without substantial alteration. The best way forward, at least for the time being, is therefore to take the Office at its word, to use the existing guidance as a starting point, and to provide reasoned argument for specific and detailed change together with the further examples that Andrew Hirshfeld has indicated will be so welcome. Input from a range of practitioners and their industry-based clients is essential because only in that way can the Office be shown a full range of practical situations and accompanying suggestions for patent-eligible claims that would provide clients with the protection that they need and enable the Office to develop truly workable and useful examiner guidance.

It is not difficult to find amendments which would make the analysis more difficult and realistic.

In the guidance Example B refers to purified amazonic acid. It is postulated that it is difficult to isolate the cancer-fighting chemical from the leaves where it occurs naturally, but it is suggested that the effective dose is one teaspoonful which corresponds to 30 lbs of leaves. It is wholly implausible that a chemical occurring in such abundance would be difficult to isolate, and dosages of pharmaceuticals are typically in mg, not grams. Nor is there any indication of the level of purity or the chemical identity of the compound. A more plausible set of claims would read:

1.  A compound of formula I or a pharmaceutically acceptable salt thereof 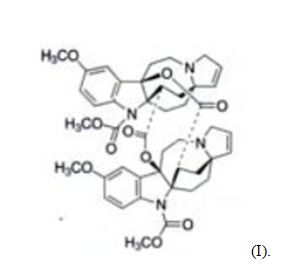 5.   A method of treating colon cancer which comprises administering to a patient suffering from said cancer a pharmaceutical composition comprising the compound of claim1.

6.   The method of claim 5, wherein the compound is administered in unit dosage form as tablets or capsules.

7.   An alkali metal salt of a compound of formula (I) 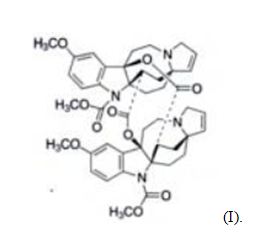 Although amazonic acid occurs in nature, it does not do so in a form that is pure enough to have a sharp melting point, nor does it occur as crystals. Arguably the subject matter of claims 1-3 refers to a compound having a new name (see the chemical formula), new properties (a sharp melting point, especially when recrystallized a transparent crystalline form) and new utility (anti-cancer activity at a practical dose). The salts of claim 7 are new compounds, although they may exist in trace quantities in nature.

Similarly Example D which concerns inocculants is made too easy (if the reasoning in Funk Brothers is accepted). A more controversial claim might have read:

An inoculant for leguminous plants, comprising:

a plurality of bacterial cultures of different species of the genus Rhizobium selected by testing in admixture on plants grown aseptically on a nitrogen-free substrate for non-interference in respect of their ability to fix nitrogen in the leguminous plants for which each of them is specific;

said cultures being in admixture with each other and with a moist powder base containing a substantially negligible concentration of bacterial nutrients whereby growth of the bacteria therein is inhibited.

Others may suggest examples that are improved or more relevant to their or their clients’ individual research interests.

Comments should be submitted before the end of June to the Guidance Mailbox myriad-mayo_2014@uspto.gov. As Margaret Thatcher famously said: “There is no alternative”.