More Questions Than Answers from the PTO 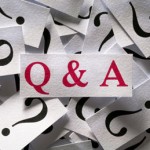 At the recent BIO International Convention, Deputy Commissioner Andrew Hirschfeld (who chaired the May PTO s.101 Forum) presented seven “Sample Claims” related to biotech/pharma inventions and invited “discussion and feedback” from the interested public. The claims have been posted on the PTO website (and can be found here). I will attempt some commentary on patent-eligibility under the new PTO Guidelines.

6. Antibiotic L, which is expressed by recombinant yeast. (Antibiotic L is secreted by a bacterial species and exhibits antibiotic properties when the bacteria functioning naturally)(Comments in parentheses are my slightly rewritten summaries of the background of the claims provided by the PTO in the slides.)

Patents4Life comments: We know that the Guidelines would require the Examiner to reject a claim to isolated antibiotic L or to a pure strain bacterial culture that would excrete the antibiotic into the medium–both are “natural products.” But in claim 6, a lot more of the hand of man is involved. But wait! This is a product-by-process claim and the PTO ignores process limitations when evaluating the patentability of a compound, and evaluates the compound per se. Now the “answer” turns on whether or not expression from yeast significantly alters the structure of antibiotic L, and we are not told whether or not it does. So the question is unanswerable at this point.

Patents4Life commentary: This looks like two separate questions. If a human had previously been treated with Antibiotic L, presumably he/she would develop antibodies to Antibiotic L. The Guidelines would tab this as a patent-ineligible natural product under s. 101 or as anticipated under s.102.

But what if the applicant was the first to ever administer Antibiotic L to a patient, and so was the first person to create the antibody? (We will assume that the application fully enables isolation and characterization of the antibody.) The antibody does not occur in nature and would be significantly different from other antibodies UNLESS it is not significantly different in structure from the coyote anti-L antibody. Since the PTO did not tell us whether or not it is, this question can’t be answered either.

Patents4Life commentary: Since this claim covers SEQ ID NO:1, except for the presence of as few as one “sequence modification,” patent-eligibility under the Guidelines turns on whether or not the structure is markedly different that SEQ ID NO:1. The easy answer would be to say “no,” but we are lacking a lot of information. We don’t know the length of SEQ ID NO:1 and we don’t know if the properties of the expression product are changed to any extent by the sequence modification – in fact we do not know what “sequence modification” means. Note how the 101 guidelines force Examiners into an early ruling on novelty and obviousness.

Patents4Life commentary: Again, since this claim covers Antibiotic L, patent eligibility under the Guidelines turns on whether or not the sequence modification renders the claimed polypeptide markedly different in structure than SEQ ID NO:2. Since the significance of a structural difference depends on its effect on the properties of the prior art compound – the antibiotic, the patent eligibility of this polypeptide cannot be determined.

Patents4Life commentary: Since the claim wording up to “1” covers the naturally occurring bacterial gene, patent eligibility turns on the weight to be given to the attached fluorescent label. The structure of the nucleic acid and/or the label have been changed due to their attachment (especially if a linker is used). Since this is more than a physical mixture of two natural products, let’s call it a new composition of matter as defined in Chakrabarty and return to our neutral corners to await the next punishing round.