Promega v. Life Technologies – “Too Much Of Nothing?” 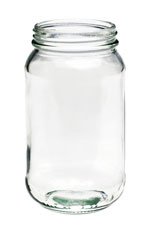 Although much more attention has been focused on the portion of this recent Fed. Cir. decision that held a defendant could “induce itself” into infringement under s. 271(1)(f), by sending one part of a kit to be assembled abroad, the s. 112, para. 1 portion of the decision deserves some attention. This is particularly true in the written description requirement (WDR) era the biotech industry has been living in since the Ariad decision enshrined the WDR as an effective claim killer.  Promega Corp. v. Life Technologies, App. No 2013, -1029, -1376 (Fed. Cir., December 15, 2014) (a copy is available at the end of this post).

Trying to make a long decision short, Promega asserted patents claiming kits having primers that would co-amplify a set of at least three STR loci wherein the set of loci are selected from the sets of loci consisting of D3S1539, D19S253…etc. As you might imagine, Life Technologies, these claims were treated as closed, and Life Technologies easily avoided infringing them.

However, a number of claims contained “open loci set” limitations, like this one from US 6,221,598 (a copy of this patent is available at the end of this post):

That was one too many “comprisings” for the panel, that reversed the district court’s finding that claim 23 “encompasses any other larger, more complex multiplex reaction, so long as it includes the three recited loci” but that also found that the asserted claims need not enable “unrecited elements.” The Fed. Cir. was tolerant of the first “comprising”:

“While the term ‘comprising’ in a claim preamble may create a presumption that a list of claim elements is nonexclusive, it ‘does not reach into each [limitation] to render every word and phrase therein open-ended’….Promega’s claims differ from customary ‘open-ended’ claims in that Promega’s usage  of ‘comprising’ in its ‘open loci set’  limitation, as construed, expands the claims at a key limitation in order to cover what are indisputably advances in this unpredictable art.”

The panel noted that Promega had argued Wands unpredictability at length during prosecution and was indeed hoist on its own petard by trying to “sing a different tune” for the purposes of infringement.

It would have been useful to have a more clearly drawn “rule” about the scope imparted by the preamble “comprises,” particularly to rebut 102/103 rejections entered when Examiners reject claims after arguing that the first “comprising” permits the introduction of a major amount of any ingredient. At least this decision is a cautionary tale that says take a second look at claims that stack up too many “comprises.” In the end, Promega tried to claim “too much of nothing” and was left to hope, as Bob Dylan wrote, “And  where there’s too much of nothing, Nobody should look.”