Enzo Biochem V. Applera Corp. – When “Words Can Hurt You” 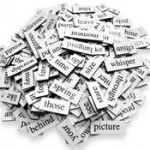 On March 16, 2015 (Appeal no. 2014-1321), the Fed. Cir. reversed the district court’s construction of a claim term relating to the scope of “A,” a moiety capable of direct or indirect signaling that is attached by a linker to a nucleotide base. (A copy of the decision can be found at the end of this post.) The claim read: “wherein A comprises at least one component of a signaling moiety capable of producing a detectable signal [wherein the linker does not interfere] with formation of the signaling moiety or detection of the detectable signal….”

While the Fed. Cir. said that it was simply following the maxim that all claim terms must be given effect, the court stopped too soon. The claim reads that the linker “does not substantially interfere with formation of the signaling moiety,” but the sentence goes on to recite “or the detection of the detectable signal [produced by A].” The court read the latter phrase as if A had to be assembled in order to function, but the latter phrase suggests that the linker can be bound to A so long as A can still generate a detectable signal. Judge Newman dissented on the basis that there was sufficient evidence presented to the district court that “’at least one component’ may include ‘the whole signaling moiety.’”