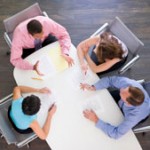 On March 5-6, 2015 the Chisum Patent Academy held a two-day seminar at the 21C Museum Hotel in downtown Cincinnati, Ohio to discuss and debate current developments in U.S. patent law. The roundtable seminar group was limited to ten persons; sessions were led by treatise authors and educators Donald Chisum and Janice Mueller.

Here’s our recap of the takeaways from the seminar:

2014-2015 Blockbuster Supreme Court and Federal Circuit Decisions: Moderation? Is the Federal Circuit “Gun Shy” About Potential Supreme Court Review? The year 2014 was an undoubtedly high water mark in terms of the number of pertinent Supreme Court (SCOTUS) patent law decisions–six directly on patent law issues plus a copyright case (Petrella) that could alter the laches defense for patent infringement claims. Commentary and initial responses, including those by the PTO, suggest that the cases represent a significant move toward constricting the availability of patent rights. Yet, in-depth discussions of the cases during our seminar detected a tone of moderation. For example, Alice has been read as broadly precluding patents on “software.” However, language in Alice strongly suggests that claims to technical advances, even broad claims that involve computer implementation, remain patent eligible. Unfortunately for patent applicants and owners, it will take time and resources to establish such eligibility through appeals from PTO rejections and summary district court invalidations.

A review of the six post-Alice Federal Circuit panel decisions on the “abstract idea” exclusion confirmed that claims will fail if they merely append “generic” computer or Internet implementation to a business idea. The one decision rejecting a Section 101 challenge, DDR Holdings, LLC v. Hotels.com, L.P., 773 F.3d 1245 (Fed. Cir. 2014), provides some support for the technological solution interpretation of Alice.

Aukerman (1992) decision recognizing laches as a defense to patent infringement damages claims. We agreed that there is a danger that the Federal Circuit will become “gun shy” in regard to the Supreme Court and improperly overrule a well-reasoned and longstanding precedent such as Aukerman merely because the Supreme Court in Petrella mentioned Aukerman in a neutral fashion in a footnote.

Other examples of moderation are the SCOTUS 2014 decisions in Octane Fitness and Highmark on the “exceptional case” standard for attorney fee awards against non-prevailing patent owners. The decisions repudiated the Federal Circuit’s strict requirement of objective baselessness. We agreed that the reasoning of Octane Fitness and Highmark will likely be extended to other areas in which the Federal Circuit hoists a high “objective” threshold. Judge O’Malley’s concurring opinion in Halo Electronics, Inc. v. Pulse Electronics, Inc., 769 F.3d 1371 (Fed. Cir. 2014), makes this argument in regard to willful infringement under the Federal Circuit’s Seagate regime. The same may be true of the Federal Circuit’s “but for” materiality test for inequitable conduct. At a minimum, a district court’s discretion to award attorney fees against a patent owner because of misconduct in procuring the patent in suit may no longer be constrained by the Federal Circuit’s strict Therasense standard for finding inequitable conduct so as to render the patent unenforceable.

Patent Claim Interpretation: SCOTUS Drops the F[act]-Bomb! In January 2015, SCOTUS decided Teva v. Sandoz, its most significant patent claim construction case since the 1996 blockbuster Markman v. Westview. In a 7-2 opinion authored by Justice Breyer, the Teva Court started from the unremarkable (but important) premise that patent claim construction does sometimes involve underlying factual disputes. It thus rejected the Federal Circuit’s contrary protestations dating from at least the appellate court’s 1998 Cybor en banc decision. In claim construction disputes involving “evidentiary underpinnings” (an unhelpful characterization, because all claim construction involves intrinsic evidence and sometimes extrinsic evidence), district courts will sometimes find it helpful to consult the extrinsic evidence (such as an expert’s testimony concerning what a term of art meant to a skilled artisan as of the invention’s effective filing date). When district court findings of fact result, the Federal Circuit must review them under the clear error standard of Fed. R. Civ. P. 52 (i.e., the finding must not be set aside unless clearly erroneous, and due regard must be given a trial court’s opportunity to judge witness credibility). As with determinations of the “usage of trade or locality” in interpreting contracts, district courts may consult extrinsic evidence that is helpful to determine patent claim meaning. When district courts make findings of fact, those findings are subject to Rule 52 review like any other type of finding of fact. Notably, the Teva Court relied in part on a 1950 Second Circuit opinion by Judge Learned Hand that mandated deference to fact finding in patent claim construction. Nevertheless, the ultimate question of patent claim interpretation remains a legal question subject to de novo (no deference) review. The Teva majority doubted that fact findings based on extrinsic evidence would be required in many cases. When they are, courts will be capable of disentangling fact from law, and various doctrines and procedures such as collateral estoppel and case consolidation will help maintain uniformity in the construction of particular patents. On the merits, the Federal Circuit had erred in overturning the district court’s finding that patentee Teva’s proposed definition of the claim phrase “molecular weight” was correct. In particular, the appellate court improperly reviewed without deference the district court’s decision to credit the Teva expert’s explanation of why slight discrepancies in a molecular weight distribution curve did not undermine Teva’s position.

Writing for himself and Justice Alito in dissent, Justice Thomas doubted the Teva majority’s prediction that “subsidiary factfinding” is unlikely to loom large in future patent claim constructions. Rather, he charged that the majority’s holding will spawn costly and meritless collateral litigation on the law/fact distinction, as parties prevailing at the district court will be incentivized to argue on appeal that the claim construction below involved findings of fact owed Rule 52 deference.

Active Inducement: Criticality of Careful Claim Drafting: We reached two conclusions after reviewing a series of cases on active inducement under Section 271(b), stretching from DSU Medical (CAFC en banc 2006) through the SCOTUS decisions, Global-Tech (2011) and Limelight (2014), on to the Federal Circuit’s Commil decision, now on review by SCOTUS. First, clear and thoughtful drafting of both method and system claims, with a view to the “who” as well as the “what,” can avoid problems with “divided” infringement and the necessity of showing intent to infringe. The objective is to define “direct” infringement in terms of the actions of a single entity. Cases approving claims reciting relatively complex “environment” limitations in preambles vividly illustrate one drafting technique that can achieve this goal (see, e.g., Advanced Software Design Corp. v. Fiserv, Inc., 641 F.3d 1368 (Fed. Cir. 2011), and HTC Corp. v. IPCom GmbH & Co., KG, 667 F.3d 1270 (Fed. Cir. 2012)).

Second, questions about the intent requirement and other issues pertaining to section 271(b) active inducement continue to surface. Numerous problems with active inducement and contributory infringement doctrine suggest that SCOTUS erred in differentiating direct and indirect infringement in regard to knowledge and intent in Global-Tech (2011) and before that in Aro (1964). SCOTUS will not likely overrule those decisions in the pending Commil decision, but it may well be persuaded by Judge Reyna’s dissent that a good faith belief in validity should not be a defense to a charge of active inducement infringement. Congress impliedly confirmed that intent is a requirement for active inducement when it enacted Section 289 in the America Invents Act, limiting the lack of an opinion of counsel as evidence to establish such intent. But if SCOTUS does give weight to an infringer’s invalidity position in Commil, we agreed that there will be renewed pressure to obtain opinions of patent counsel.

Inter Partes Review: Where Are We So Far? Federal Circuit’s First Merits Review. Hundreds of IPR petitions are now flooding into the PTO each month. Initial readings of PTAB IPR decisions suggest that the Board responds to obviousness challenges far more favorably would than lay jurors. For example, the Board gives minimal weight to secondary considerations evidence. We observed that the PTAB is quite comfortable in construing a patentee’s statements in foreign prosecution or litigation proceedings (parallel, related, or not) as admissions against interest, even when such statements do not appear to qualify as prior art. The PTAB is heavily influenced by patentee concessions that all elements of a claimed invention can be found in the prior art (despite the lack of persuasive reasons for combining the prior art teachings).

In In re Cuozzo (Feb. 4, 2015), the first Federal Circuit review on the merits of an IPR final written decision, a two-judge panel majority of the Circuit bent over backwards to approve the USPTO’s controversial use of the “broadest reasonable construction” (BRC) rule for interpreting patent claims in IPRs, despite admitting that opportunities to amend claims in IPRs are “cabined.” Although dissenting Judge Newman observed that the PTAB has granted motions to amend claims in only two cases as of January 2015, an opportunity to amend is “nonetheless available” and the facts that the patent owner’s presumptively single amendment must address the grounds of unpatentability “involved in the trial” and can not enlarge claim scope are not “material difference[s].” Moreover, the BRC rule was used in interferences, another type of adjudicatory proceeding. In the Cuozzo majority’s view, Congress was aware of the BRC rule when it passed the AIA, thus legislatively ratifying the rule. Even if the AIA did not explicitly incorporate a BRC standard for IPR claim constructions, the agency’s regulation mandating BRC was properly adopted under Chevron. Given its approval of the PTAB’s broad construction of the claim phrase “integrally attached,” the Cuozzo majority had no difficulty affirming the Board’s obviousness determination on the merits.

The Cuozzo majority also held that the Federal Circuit does not have authority to directly review under 35 USC 314(d) the propriety of a PTAB institution decision, even after a final written decision has been issued and even when the grounds asserted by the petitioner for institution were less than precisely correct from the standpoint of the statutory “particularity” requirement. In the majority’s view, the fact that the petition was defective is not relevant because “a proper petition could have been drafted.” A writ of mandamus to review an institution decision after issuance of a final written decision remains a slim possibility, but only when the USPTO has “clearly and indisputably” exceeded its authority.

Exhaustion of Method Claims: Uncertainties Spawned by Quanta. The ill-named doctrine of “patent exhaustion” traditionally applies when a patent owner (or its licensee) sells a product covered by the patent. Not surprisingly, the authorized sale “exhausts” the patent owner’s rights with regard to that particular sold item. But in Quanta Computer (2008), SCOTUS held that sales of components of a patented invention could exhaust a method claim as well as a system claim if the sold components “substantially embodied” the invention.

After seminar discussion of three recent Federal Circuit exhaustion decisions, Keurig (2013), Lifescan (2013), and Helferich (2015), our consensus view was that SCOTUS’s Quanta decision was wrong and has created many uncertainties. For example, which components “embody” an invention? The Federal Circuit in Keurig created further confusion by suggesting that exhaustion should be analyzed on a “whole patent” rather than claim-by-claim basis. The most recent decision, Helferich, dispelled a proposed extreme extension of exhaustion to cover not only whole patents but related patents that covered complementary services and products. Judge Taranto’s opinion in Helferich provides a lesson on the use of Supreme Court precedent, which has become fashionable. In this instance, dicta in an 1894 SCOTUS decision worked in a patent owner’s favor!

Registration is now open for our next seminar, to be held August 12-14, 2015 at the historic Mayflower Park Hotel in downtown Seattle, Washington. For additional details, see our website or email info@chisum.com.