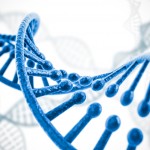 Today, the Fed. Cir. affirmed the district court’s holding that the method for detecting paternally inherited nucleic acid of fetal origin in a sample of the mother’s blood was a patent-ineligible natural phenomenon. Ariosa Diagnostics, Inc. v Sequenom, Inc., Appeal No. 2014-1139, 2014-1144. (Fed. Cir. June 12, 2015). (A copy is available at the end of this post.)  Although commentators have already begun to lament that this decision puts a stake in the heart of claims to diagnostic methods (what I call “If A, then B” claims), I am going to do my best to resist this conclusion.

Of the claims asserted in the case, only one (claim 21) recites “providing a diagnosis based on the presence and/or quantity and/or sequence of the foetal nucleic acid,” and no dependent claim identified what specific diagnosis (e.g., increased likelihood of Down’s syndrome) was provided (or to whom it was provided). Claim 1 was broadly directed to a method for detecting a paternally inherited nucleic acid of fetal original performed on a maternal serum or plasma sample from a pregnant female by amplifying a paternally inherited nucleic acid and detecting its presence in the sample.

Claim 17 simply recites “The method according to claim [13 dependent on 5 (ineligible) dependent on 1] for detection of pre-eclampsia,” and Claim 18 read: “the method according to claim 13 for detection on foetal chromosomal aneuploidy.” However, claims 17-18 were not asserted in the suit . Also, they are written as statements of intended use and it is not clear that they would have been given patentable or 101 weight for that reason alone.

So Judges Reyna, Linn and Wallace could and did go ahead and find that the asserted claims all failed the Mayo “two part test” – the claims are directed to a natural phenomenon – the presence of cffDNA in maternal blood – and the preparation, amplification and detection steps are routine and conventional, so the claimed method “begins and ends with a naturally occurring phenomenon.” Reyna writing with Wallace describes claim 21 as “[focusing] on a method for performing a prenatal diagnosis, using claim 1’s method for detecting.” Although they do not mention this aspect of the claim again, the legal world deserves an explanation of why this claim element did not “ensure that the patent in practice amounts to significantly more than a patent upon the [ineligible concept] itself.” (The panel disposed of the lack of preemption argument by simply folding it into the Mayo test – if a claim fails the Mayo test, by definition it preempts the natural phenomenon even if it, in fact, does not.)

The need for a better or, at least a more complete analysis of the individual claims is especially true in view of Judge Linn’s half-hearted concurrence in which he argues that the ability to detect cffDNA was an advance in the art sufficient per se to impart patentability. To use my terminology, Judge Linn characterized the Prometheus method as no more than an “old use of an old compound” and he continued:

“The Supreme Court’s blanket dismissal of conventional post-solution steps [as failing to impart patent-eligibility to a natural phenomenon] leaves no room to distinguish Mayo from this case, even though here no one was amplifying and detecting paternally-inherited cffDNA using the plasma or serum of pregnant mothers…. Unlike in Mayo, the ‘540 patent claims a new method that should be patent-eligible…[quoting R. Eisenberg] as noting that despite Mayo’s declaration that a claim to ‘a new way of using an existing drug’ is patentable…it is unclear how a claim to new uses for existing drugs would survive Mayo’s sweeping test.”

Given his issues with Mayo, this would have made a nice dissent.

The Fed. Cir. sitting en banc and the Supreme Court should feel duty-bound to clarify this “ball of confusion,” especially in view of the Supreme Court’s suggestion that Prometheus’ claims were not directed to diagnostic methods, but is this the best case for that level of scrutiny of the claim?  Claim 21 covers any diagnosis based on the detection/quantification of cffDNA and the pseudo-method claims 16 and 17 were not considered. Apart from new methods to diagnose conditions for which there is no diagnostic method at present I am reading about new R&D efforts aimed at companion diagnostics on a daily basis. These researchers, investors and yes, even patent attorneys, deserve to know if these fields have an IP future.