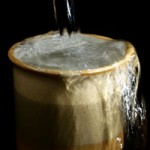 On June 18, 2015, a divided Fed. Cir. panel reaffirmed that the key claim of a Teva patent, U.S. Pat. No. 5,800,808, was invalid as indefinite, although the Fed. Cir. had previously been reversed twice by the Supreme Court – once because of lack of deference to the district court’s fact-finding (135 S. Ct. 831) in this suit, and once because the indefiniteness standard applied by the Fed. Cir. in Nautilus v. Biosig was incorrect (134 S. Ct. 2120). (A copy of the decision can be found at the end of this post.)

Commentators have rushed lots of notes on this decision onto the web (Teva Parma. USA v. Sandoz, Inc., Appeal no. 2012-1567 et al. (Fed. Cir., June 18, 2015) – possibly because the central issue was comprehensible without an advanced degree – so I will not spend more time on the history of the decision. The outcome is what matters after all, and I think it can be summed up in one sentence: Deference to a district court’s fact-finding still leaves the Fed. Cir. free to determine if the question of law “indefiniteness” was decided properly. In other words – and there always are – there is no presumption that the ultimate question of law was decided correctly, even if there was no clear error in the lower court’s fact finding.

In this case, the question of law was whether or not the district court’s holding that the POSA would read the otherwise un- or under-defined claim element, “molecular weight” [m.w.] to be the “peak average molecular weight” of the polymer, or if the POSA would find the term indefinite because m.w. could refer to other types of m.w measurement. In finding the term to be definite, the district court relied on its interpretation of the prosecution history and relied on the opinion of Teva’s expert.

While finding that the district court’s acceptance of the expert’s opinion on various aspects of m.w. measurement was not clearly erroneous, the Fed. Cir. found that “Teva cannot transform legal analysis about the meaning or significance into a factual question simply by having an expert testify on it….Understandings that lie outside the patent documents about the meaning of terms to [POSA] or the science or state of the knowledge of [POSA] are factual issues.” Slip op. at 13. But even giving deference to the court’s findings of fact based on the expert’s opinion, the Fed. Cir. held that “these facts do not resolve the ambiguity in the [claim] about the intended [m.w.] measure.”

So what remains to be reviewed; to determine whether or not meaning of the claim term was conveyed to the POSA with reasonable certainty? Only the intrinsic evidence provided by the claims, specification and prosecution history and “[t]he internal coherence and context assessment of the patent, and whether it conveys claim meaning with reasonable certainty are questions of law.”

Point. Match. Set. The Fed. Cir. then reviewed the prosecution history in detail and found that it simply did not meet the “reasonable certainty” standard of Nautilus. So in the face of two reversals on its standards for de novo review and indefiniteness, the Fed. Cir. was able to reaffirm that the claim in question was invalid.

Judge Mayer dissented, and argued that a holding “that the universe of factual findings to which we owe deference includes only ‘[u]nderstandings that lie outside the patent documents’…simply cannot be squared [with precedent].” However you would decide this case, the strange brew of questions of law and questions of fact is still at the boiling point.