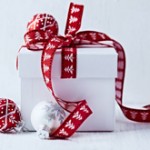 A Fed. Cir. panel of Judges Dyk, Taranto and Hughes affirmed the district court’s invalidation of a Prometheus “add-on” patent (U.S. Pat. No. 6,284,770) to a method to treat a form of irritable bowel syndrome, IBS-D, with alosetron, as obvious in view of prior art related to the symptoms of the condition. The primary alosetron patent (the ‘880 patent) had expired. Although the claim did not recite optimizing the dosage of the drug, it still reminded me of the infamous claim in Mayo v. Prometheus, in that both claims were “regimen” type claims which claimed an improved method of treating a subset of patients. In Mayo, the subset was identified by determining which patients were receiving too much drug (= side effects) and which patients were receiving too little ( = not helped) – the subset was the group of patients who were (or could be) treated with the optimal amount of the drug, which was recited in the claim.

In Prometheus v. Roxane, Appeal no. 2014-1634, -35 (Fed. Cir., November 10, 2015) (a copy of the decision is available at the end of this post), the regimen was based on selecting a patient group of IBS-D women to be treated with alosetron, while excluding those having IBD-C, based on clinical factors alone – symptoms of IBS-D for at least six months and moderate pain before treatment. The Fed. Cir. affirmed the district court’s findings both of the prima facie obviousness of the claims, and the lack of secondary considerations. In fact, the opinion quoted the district court’s conclusion that “[a]t best, the claims at issue are a combination of known elements, combined in a known way, to produce expected results.”

In fact, I have written that the Mayo decision came out the way that it did for exactly the same reasons, although, of course, that was a decision that resolved a s. 101 question, and asserted that ss. 102 and 103 could not do the job – even when the method steps were “well understood, routine, conventional activity, previously engaged in by those in the field.” But the most intriguing part of this opinion is a paragraph of dictum written by Judge Dyk, to expand upon the district court’s and the parties’ agreement that the ‘770 claims recite a species of the “genus method” claimed in the expired ‘880 patent:

What unexpected results, pray tell? Is it enough to demonstrate that drug Y will work for a subset of patients having gene X, but not for a subset missing the gene? Is “singling out” enough, or must there be an active method of treatment step? The answers are important, since the USPTO is rejecting claims just like this every day. It is also of interest that Judge Dyk also authored both the opinion In re Roslin and the opinion in U. of Utah v. Ambry (Myriad II). In closing, leaving more questions than I have answered, I would be remiss if I did not note that Kevin Noonan’s thorough post on this decision called my attention to this intriguing dictum.