The End of the “Newly Characterized Antigen” Rule for Antibody Claims 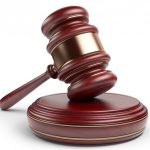 In Amgen, Inc. v. Sanofi, Appeal no. 2017-1480 (Fed. Cir., Oct. 5, 2017) the Fed. Cir. panel reversed the district court’s finding that Amgen antibody patents 8,289,165 and 8859741 were not invalid for failing to meet the written description and enablement requirements (WDR) of s. 112, para. 1. A representative claim was directed to an isolated monoclonal antibody “when bound to [antigen] PCSK9, binds to at least one of 15 recited amino acid residues of SEQ ID NO:3”  and blocks the binding of the antigen to LDL[-]R. The specification discloses the 3D structure of two such antibodies and the sequences of 22 others that compete with the binding of “these antibodies for binding with PCSK9.”

The panel first dealt with a question of first impression, whether or not post-filing date evidence should be permitted to demonstrate that the accused patent fails to meet the Ariad requirements that it disclose a representative number of species falling within the genus or structural features common to the members of the genus so that one of ordinary skill in the art can “visualize or recognize” the members of the genus. Ariad, 598 F.3d at 1350. Presumably Sanofi, that had developed its own infringing anti-PCSK9 antibodies, wanted to demonstrate that the claimed antibodies were only representative of a small corner of the generic pasture. (I am roughly paraphrasing Centocor Ortho Biotech, Inc. v Abbott Labs, 636 F.3d 1341 (Fed. Cir. 2011), which the panel felt was the closest Fed. Cir. decision to the present appeal.) The panel agreed that such post-filing evidence should have been admitted both on the issue of WDR and of enablement, distinguishing In re Hogan, 559 F.2d 595 (CCPA 1977).

The panel clearly wanted to avoid reversing its landmark decision in Enzo Biochem, Inc. v. Gen-Probe, Inc. 323 F.3d 956 (Fed. Cir.  2002), in which the court in dicta endorsed describing an antibody by its ability to bind to a fully-characterized antigen, if producing the antibody would otherwise be routine. While the PTO has shelved this “newly-characterized antigen test”, it formed the basis of the district court judge’s jury instruction on WDR. The panel noted the above, but characterized Enzo as involving defining a nucleic acid probe by its function of selectively hybridizing to the genetic material of certain bacteria. [Ed. note: Avoid discussion of why the Enzo claims might fail the Alice/Mayo test].

The panel faulted the judge for instructing the jury using the “newly characterized antigen test”, while not adhering to the holding in Ariad that required a representative number of species falling within the scope of the genus or structural features common to the genus so that the POSA can envision members of the genus:

“Our en banc decision in Ariad, reflecting earlier decisions…made clear that, to satisfy the [WDR], it is not enough for the specification to show how to make and use the invention, i.e., to enable it.… Yet the instruction in this case invites just that improper equation…. We cannot say that this particular context, involving a ‘newly characterized antigen’ and a functional genus claim to corresponding antibodies, is one in which the underlying science establishes that a finding of ‘make and use’ …actually does equate to the required description of the claimed products…[but] the ‘newly characterized antigen” test flouts basic legal principles of the [WDR]. Section 112 requires a ‘written description of the invention’. But this test allows patentees to claim antibodies by describing something that is not their invention.”

The panel remanded, ordering the judge to amend its jury instructions. Since post-filing date evidence must also be considered as it bears on the requirements of the WDR and enablement, there is going to be a new trial on both enablement and WDR. Remember that Amgen had working examples of antibodies, so the outcome cannot be called cut-and-dried. That’s why the title of this post uses a question mark.

This entry was posted in Written Description Requirements (WDR). Bookmark the permalink.