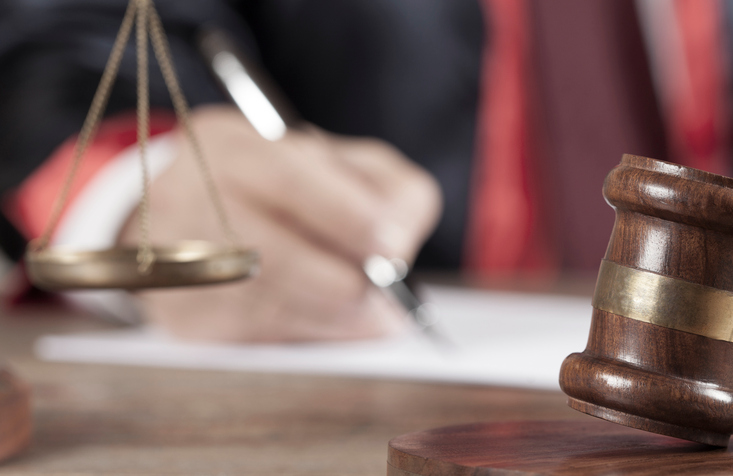 The Supreme Court issued its long-awaited opinion in Oil States Energy Services v. Greene’s Energy Group, Appeal No. 16-712 (April 24, 2018), holding 7/2 that inter parties review was an appropriate exercise of the power of Congress to assign adjudication of public rights to the USPTO, and is not required to assign such adjudications to Article III courts for resolution by a jury trial. To reach this conclusion, the Court held that the grant of a patent falls within the public rights doctrine, as a matter “arising between the government and others” and that IPR is “simply a reconsideration of that grant” that Congress has reserved to the PTO.

The Court minimized the procedures unique to IPR by reasoning that IPR involves the same interests as the original grant of a patent, and analogized the grant or cancellation of a patent to the qualification of other “public franchises” by Congress.

Although we often hear that a “strict constructionist” Justice believes in deciding cases based on what the Founding Fathers intended when they considered questions of law, such as by disregarding the first “militia clause” of the 2d amendment, I think that this opinion is unusual in the depth of the historical review of patent validity determiners as it relates to the present case. While the Court cites some 19th century precedent in deciding the “public rights” question, this is just a warm-up of the “Way Back Machine” that the Court is will use to look at really old decisions regarding the review of granted patents:

“The Patent Clause in our Constitution ‘was written against the backdrop’ of the English system. Based on the practice of the Privy Council [that invalidated British patents until 1779], it was well understood at the founding that a patent system could include a practice of granting patents subject to potential cancellation in the executive proceeding of the Privy Council. The parties have cited nothing in the text or history of the Patent Clause or Article III to suggest that the Framers were not aware of this common practice. Nor is there any reason to think they excluded this practice during their deliberations.” Slip. op. at 14.

I can hear the ghost of Justice Scalia toasting this imaginative investigation about the Framers’ state of mind when they wrote the patent clause of the Constitution. These are two “negatives” that Oil States could not disprove.

The dissent tried, arguing that the IPR procedures undermine judicial independence, which the Founding Fathers sought to protect: “Only courts could hear patent challenges in England at the time of the founding.” But tradition only goes so far and the Court “disagreed with the dissent’s assumption that, because courts have traditionally adjudicated patent validity in the courts, courts must forever do so…That Congress chose the courts in the past does not foreclose its choice of the PTO today.” Slip op. at 14-15.

The dissent also argued that the majority’s decision endorsed an unfair weakening of patentee’s rights: “To reward those who had proven the social utility of their work (and to induce other to follow suit), the law long afforded patent holders more protection … against the treat of governmental intrusion and dispossession.” Slip. op. at 10-11 (Gorsuch, dissenting).

Finally, the Court dismissed the 7th Amendment challenge “because inter partes review is a matter that Congress can properly assign to the PTO, a jury is not necessary in these proceedings”.

The arguments presented by the minority suggest that the majority is adopting an anti-patent position, a question that the majority attempts to skirt. In any case, we appear to be stuck with inter partes review, including the tensions and uncertainty provided by inconsistent rulings by the courts. The Framers may or may not have intended that validity disputes be settled in court, but it’s a pretty sure bet that they never envisioned anything like the Mad Hatter’s tea party that Alice (get it) tried to make sense of.