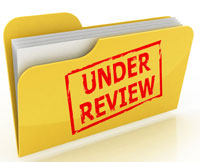 In an odd Order relating to a discovery request made by ESET for the billing records of plaintiff’s patent attorney, Bey, the Magistrate Judge in Case No. 17CV183 CAB (BGS)(S. D. Cal., June 25, 2018) ordered discovery of “non-privileged” billing records and annual total billings generated by Bey on the patents subject to counterclaims of laches, inequitable conduct and attorney bias.

The diligence of the attorney preparing and filing a patent application may be relevant to diligence in a prosecution laches defense. But the other rationale for ordering production of the billing records escape me. While citing Therasense for setting a high bar for inequitable conduct, the defendant essentially argued that, if Finjan was a big client of Bey’s, that she would be more likely to intentionally deceive the PTO, than if the client were not important. Defendant also argued that if the billings showed that Finjan was an important client of Bey’s, she would be more likely to lie on the stand to protect the client (the “bias” issue).

Of course, I hope that we are all “biased” toward all of our clients. But an attorney can bill a lot of time to a client that they really don’t particularly like (and get very good outcomes for them). The argument that the patent attorney would be more likely to intentionally deceive the PTO to help a big client (as opposed to an “average” or a “small” client?), doesn’t make sense in the legal vacuum of this order. Intentionally deceive the PTO about what? The Order does not answer this question and simply ignores plaintiff’s arguments that there is nothing of record that indicates that Bey did not meet her duty of disclosure. The IC requirement that “but-for” material prior art was withheld was not even argued by defendant, much less that Bey recognized its materiality.

In other words, the Order supports additional discovery that might support a presumption of intent of some sort, without commenting on the inability of the “naked” billing records to directly or indirectly evidence any of the other elements of inequitable conduct. At the least, this Order demonstrates that inequitable conduct remains a litigation zombie that just won’t die.