Posted on September 14, 2018 by Warren Woessner 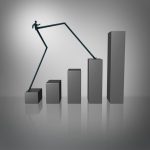 In ex parte Ho, the subject of my last post, the PTAB reversed the Examiner’s rejection of claims to a population of bone marrow cells obtained by two-stage culturing that expressed or failed to express certain markers. The PTAB wrote that, for the purposes of the appeal, it would be assumed that the cells were a natural product, but went on to find that they were markedly different from any naturally occurring counterpart cells. The problem with this abbreviated analysis is the PTAB’s assumption that the claimed cell population is a natural product, and effectively forcing the appellant to traverse Step 2 of the Mayo/Alice test. In ex parte Ho, the appellant was able to present evidence to this effect, including an expert’s declaration. But should they have had to?

Ex parte Parenteau, Appeal No. 2017-002191 (PTAB, August 22, 2018), is a slightly earlier decision in which the Board reversed both a s. 103 rejection and a s. 101 “natural product” rejection of claims directed to cultured tumor cells containing a population of 51-100% rapidly dividing C-RC cells that consists of 80-100% actively expanding and dividing VSEC, SDEC and SCEC cells and abnormal transit amplifying cells. The cultivating step is carried out in a serum-free, defined cell culture medium containing agents selected from the group consisting of 9 classes of agents, including TNF-alpha.

The Examiner argued that the VSEC, SDEC and SCEC cells were naturally occurring sub-populations of the tumor’s C-RC cells and that it would be obvious to use known culture media to obtain the claimed “isolated tumor C-RC cell population.” However, no reference discloses the use of the culture medium recited in the claims and so an de facto inherency rejection was improper. With respect to the s. 101 rejection, the PTAB found that the Examiner had not supported his/her position that the culture medium was well-known and conventionally used to culture or maintain isolated cancer cells.

It is hard to argue with the outcome of this appeal. In fact, it seemed to logically flow from the deficiencies in the art noted as the Board reversed the s. 103 rejection. But should an applicant be required to establish the non-obviousness of his/her claimed invention in order to evidence that step 2 of the Mayo/Alice test is met when there is no evidence that the invention is, in fact, a product of nature?

In this case, the Board cited the Mayo/Alice test but then did not apply Step 1 to the claimed invention before using appellants’ successful non-obviousness arguments as evidence that the Step 2 requirement for the claim be “significantly different” from the serum-free culture medium containing the C-RC cells. (The claims were characterized as a mixture of the cells in the medium.) In summary, the Board accepted appellants’ argument that that the Examiner had provided no support for his/her position that the culture medium recited in the claims was well known, and routinely used for culturing and maintaining isolated cancer cells, citing Berkheimer.

Well, a “win” is a “win”, but doesn’t the PTAB’s reliance on a failure of the evidence to support the Examiner’s Step 2 analysis leave the claims open to attack when a defendant locates better evidence to the contrary? With respect to the section 101 analysis, wouldn’t it have been better if the PTAB had addressed the Examiner’s assertion that the cells were individually, or in combination, an inherent sub-set of the naturally occurring C-RC cells, and so, were a simple mixture of natural products? This would seem appropriate since the serum-free culture medium is certainly not a natural product, so if the end-product cells are not a natural product the inquiry is ended. Of course, if the cells are per se a natural product, the Step 2 analysis would be warranted, but to come to that conclusion a Step 1 analysis must be performed, right?

A final thought might be for the Fed. Cir. to address the issue of whether or not the allegedly Myriad-based requirement that a claim allegedly directed to (“reciting”) a natural product be significantly different from its closest counterpart in nature is, in fact, required by the narrow holding in Myriad. As noted in my earlier posts, and by other commentators, it may require the hand of man to make cDNA from DNA, but is there any “inventive concept” in this well-known, conventional procedure?