UCB, Inc. v. Accord Healthcare, Inc. – Can a Racemic Mixture be a “Lead Compound.” 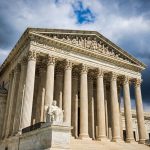 UCB v. Accord, Appeal no. 2016-2610 et al. (Fed. Cir., May 23, 2018) may be headed to the Supreme Court, which prompted me to take another look at this opinion. This was a decision in Hatch-Waxman litigation, in which a split Fed. Cir. panel affirmed the district court’s ruling that the valuable patent in suit, RE38,551, that covers the anti-epileptic drug lacosamide was not anticipated, obvious, or invalid for obviousness-type double patenting. Judge Stoll wrote the opinion, joined by Judge Bryson. Judge Prost dissented.

The most interesting parts of this lengthy opinion, apart from the thorough review of obviousness-type double patenting were the effort by the panel to draw the line between the obviousness of resolving an R/S mixture that contains the active R compound and obviousness due to the motivation provided by a “lead compound.” There was quite a lot of prior art for the defendants to piece together to get to the fairly simple structure of lacrosamde: BzN(H)-C(O)-CH(MeOMethyl)-N(H)C(O)Me. The key substituents were Benzyl (Bz)(R), the unsubstituted methyl at the other end of the molecule (R1) and the methyoxymethy goup (R3).

To briefly summarize some of the prior art, the inventor had published a number of papers, one of which disclosed a lacrosamide-like molecule with an MeON(H)- group as R3. The inventor had two earlier patents contained broad generic claims, but neither of which claimed lacrosamide per se. (The ‘301 patent was not prior art to the ‘551 patent and was only relevant to the obviousness-type double patenting rejectioin.) Worse yet, it seemed, was a thesis by LeGall that disclosed a racemic mixture of R/S lacrosamide and stated that it “may have good activity.” However, Le Gall also speculated that aromatic groups at R3 would be more bioactive.

It would be easy to say that the Fed. Cir. approved of the district court’s fact-finding, which relied heavily on the testimony of one UCB expert, because the district court and the panel both felt that this was a “invention of selection” that plucked the three key substituents from disclosures collectively disclosing a huge number of compounds of varying activity. But, the court and the panel had to distinguish – and dispose of—attacks on the ‘551 patent based both on a “lead compound” analysis and attacks based on the obviousness of separating a racemic mixture which “merely involves purification.” See Aventis Pharma v. Lupin, 499 Fed. Cir. 2017). Defendants had argued that the court erred in used a lead compound analysis, when it should have used a “purification” analysis.

The panel avoided laying down any new layers of s. 103 law by language that made both “doctrines” operate using the same steps:

“We have held that to demonstrate that a new chemical compound would have been prima facie obvious over a particular compound based on a lead compound analysis, the court follows a two-part inquiry. First, ‘the court determines whether a chemist would have selected the asserted prior art compounds as lead compounds, or starting point, for further development efforts’. Second, the court determines ‘whether or not the prior art would have supplied [POSA] with a reason or motivation to modify a lead compound with a reasonable expectation of success.’ …A lead compound is ‘a compound in the prior art that would be most promising to modify in order to improve upon its… activity and obtain a compound with better activity.” Slip op. at 25-26.”

I don’t want to spend the rest of the day typing out the next pages of the opinion, so here is a summary. Appellants argued that the court had never applied a lead compound analysis “in chemical purification cases” and that Aventis did not apply such an analysis. The panel finessed this argument by ruling:

“A lead compound analysis is not required in analyzing obviousness of a chemical compound when, in the inventing process, there was no lead compound. An inventor may not have tried to improve a compound know to have desirable properties. [A rejection or a challenge in court] may be based on the closest prior art, which may not have been a lead compound that the inventor had in mind. We are not aware of any authority holding that a lead compound analysis is or is not required in cases involving purifying mixtures. Aventis simply required that a [POSA] would have been motivated to purify a mixture of compounds based on some known desirable property.”

So, in the present case, the panel affirmed the court’s finding—buttressed by expert testimony– that a POSA would not have selected the racemic linosamide substituent as a “lead compound”, even though the Bz and Me substituents were often depicted in the prior art, with other R3 groups, including a “less stable” compound disclosed by the inventor where R3 was as close as MeON(H)-. The district court was swayed by the data in the thesis that a class of compounds having aromatic R3’s showed little potency – even though LaGall disclosed the racemic mixture containing linosamide(!)

The panel then disposed of certain Appellants’ anticipation arguments by noting the “[t]he knowledge that enantiomers may be separated is not ‘anticipation’ of a specific enantiomer that has not been separated, identified and characterized.” The panel cited the august decision, In re May, 574 F.2d 1082 (CCPA 1978). The dissent focused on the obviousness type double patenting rejection and argued that the claims were obviousness in view of a later patent – not prior art—that discloses that a partial structure containing Bz at one end and Me at the other would be a good “starting point”, and that “once R3 was fixed in the reference patent genus” the selection of Bz and Me would be trivial. Ultimately, motivation was the trump card in this hand, along with remarkably effective expert testimony.