On September 24-25, 2015, the Chisum Patent Academy held a two-day seminar at the offices of Kaye Scholer LLP in Washington, DC to discuss and debate current developments in U.S. patent law. The roundtable seminar group was limited to ten persons; sessions were led by treatise authors and educators Donald Chisum and Janice Mueller.

Our attendees comprised an outstanding group of experienced patent professionals from law firms, corporations, and government agencies in the D.C. area and elsewhere on the East Coast. With many hot-button topics to discuss, our attendees had plenty to discuss and debate! The complexity of the U.S. patent system and its numerous traps for the unwary were recurring themes.

Here’s our recap of the takeaways from the D.C. seminar:

As reported in last month’s “takeaways” message (available here), we analyzed these topics at length during our August 2015 seminar in Seattle; the discussion of the same issues in our September 2015 seminar in D.C. was equally wide-ranging and illuminating. Our D.C. attendees were particularly engaged by the Federal Circuit’s controversial June 2015 decision in Ariosa Diagnostics v. Sequenom, Inc., as briefs seeking rehearing en banc are now being filed. This week one of our D.C. participants published a thoughtful and compelling article examining Ariosa and the natural products dispute, available here. 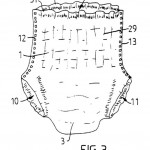 In the Circuit’s initial panel decision in SCA Hygiene, it affirmed a district court’s summary judgment that the defense of laches–unreasonable, prejudicial delay in bringing suit–barred a patent owner’s claims for damages for past infringement. However, the panel reversed a summary judgment that equitable estoppel barred all relief.

In an opinion authored by Chief Judge Prost for the six-judge majority in SCA Hygiene, the Federal Circuit held that Aukerman and the laches defense to patent infringement damage claims survived Petrella because, in the 1952 Act, Congress included Section 282 on defenses to infringement. Section 282 did not specifically mention laches, but in using general language it was presumed that Congress intended to continue the pre-1952 common law rule that laches could bar damages in patent infringement claims. Unlike Petrella, application of laches to patent infringement damages was authorized by statute and did not entail a “separation of powers” problem; that is, courts overriding “Congress’ judgment on the timeliness of suit.”

Dissenting in part, Judge Hughes argued, inter alia, that at the time of the 1952 Act, Supreme Court authority not involving patent infringement generally precluded applying laches to bar a damage claim brought within a federal statutory limitation. In the five-judge minority’s view, a few “aberrational” regional circuit decisions holding laches applicable to bar damage claims brought within the statutory limitations were not sufficient to have created a “well-established rule” that Congress could have intended to codify.

The second question for the en banc court in SCA Hygiene was whether laches, under some circumstances, could operate to bar all relief. The Circuit held, unanimously, that the Aukerman holding that laches did not apply to injunctive relief must be revised in light of Supreme Court precedent. For injunctions, a district court should consider laches as part of the four-factor eBay framework. A patent owner’s delay in suing could impact the balancing of the hardships factor as well as the irreparable harm factor. With respect to awards of ongoing royalties, however, the Supreme Court’s decisions in Petrella and Menendez v. Holt, 128 U.S. 514 (1888), dictated that “laches will only foreclose an ongoing royalty in extraordinary circumstances.”

In one of its first decisions reviewing the merits of a final written decision by the Patent Trial and Appeal Board (PTAB) in an IPR, the Federal Circuit in the September 4, 2015 decision, Dynamic Drinkware, LLC v. National Graphics, Inc., answered important questions about burdens of proof and priority claims. The appellate court clarified that the burdens of persuasion and production, and the procedures for establishing a reference patent’s priority to earlier related applications, mirror those in federal district court litigation. In so doing the Circuit handed the patent owner a victory. In contrast with most IPRs that go to final written decision, in which the PTAB finds some or all of the challenged claims unpatentable, the Federal Circuit in Dynamic Drinkware affirmed the PTAB’s determination that petitioner Dynamic had failed to carry its burden of proving either of the reviewed claims unpatentable.

The merits issues in Dynamic Drinkware turned on pre-AIA law; the case aptly illustrates that IPR is applicable to pre-AIA patents such as the patent challenged in Dynamic Drinkware, the application for which was filed in 2000. More specifically, petitioner Dynamic asserted that the challenged claims of National Graphics’ patent were anticipated under the pre-AIA statute, 35 U.S.C. §102(e)(2) (2006), by the teaching of a patent to “Raymond.” The dispute turned on whether the IPR petitioner could properly rely on the provisional application filing date of the Raymond reference patent under 35 U.S.C. §119(e) (2006) as that patent’s effective date for prior art purposes. For the reasons explained below, the PTAB answered in the negative and the Federal Circuit affirmed.

National Graphics’ challenged U.S. Patent No. 6,635,196 (‘196 patent) concerned methods for making molded articles having a surface comprising a lenticular image, which is a type of three-dimensional image that changes in appearance as the viewer changes her viewing direction. Petitioner Dynamic initially alleged anticipation based on a claim chart that read claims 1 and 12 of the ‘196 patent on the disclosure of the Raymond non-provisional application, which pre-dated by a few weeks the ‘196 patent’s provisional application filing date. In response, National Graphics argued that it had actually reduced to practice the claimed invention prior to Raymond’s non-provisional filing date, and the PTAB agreed. Petitioner Dynamic then countered by asserting that the Raymond reference patent was entitled to its provisional application filing date, which was earlier than National Graphics’ invention date (i.e., its actual reduction to practice date). The figure below (not to scale) provides a timeline depicting the pertinent dates. (A clearer picture can be found at the end of this post.)

The Federal Circuit affirmed the PTAB’s decision in favor of patentee National Graphics because petitioner Dynamic had not made a proper priority showing for the Raymond reference patent. Although the disclosure of the Raymond provisional application assertedly anticipated the challenged claims of National Graphics’ ‘196 patent, this was not sufficient to establish the otherwise secret Raymond provisional application as prior art. Rather, the rule of the 1981 CCPA decision, In re Wertheim (Rich, J.), applied.

The Circuit adamantly rejected petitioner Dynamic’s additional argument that because Raymond was an issued patent, it should benefit from a presumption that it was entitled to the benefit of its provisional application filing date. The Circuit observed that the USPTO does not routinely examine the merits of such priority claims; thus any such presumption would be “unsound” and unjustified. The MPEP and Circuit precedent supported the conclusion that “the Board has no basis to presume that a reference patent is necessarily entitled to the filing date of its provisional application.”

Instead, the Circuit held, a showing of priority in an IPR is governed by the same burdens of proof that apply in federal district court litigation challenging a patent’s validity. Relying on Tech. Licensing v. Videotek, Inc., 545 F.3d 1316, 1326-1327 (Fed. Cir. 2008), the court explained that “[t]he . . . shifting burdens and related priority claims under § 120 in district court litigation parallel the shifting burdens and related priority claims under § 119(e)(1) in inter partes reviews.” To clarify the relative burdens, the Federal Circuit first provided a tutorial:

The Federal Circuit then stepped through this procedural framework as applied to the IPR proceeding under review. Petitioner Dynamic bore the ultimate burden of persuasion to prove unpatentability of the ‘196 patent claims under review by a preponderance of the evidence. That burden never shifted away from Dynamic. Petitioner Dynamic also bore the initial burden of production, or going forward with evidence or argument, which it satisfied by arguing that the disclosure of Raymond anticipated the challenged claims of the ‘196 patent under 35 U.S.C. §102(e)(2) (2006). Thereafter the burden of production returned to patentee National Graphics. The patentee satisfied that burden by producing evidence (in the form of declarations of its president and an employee) asserting that it had reduced the invention claimed in the ‘196 patent prior to the Raymond patent’s non-provisional application filing date. In pre-AIA parlance, the patentee antedated Raymond’s filing date by establishing an earlier date of invention (via actual reduction to practice).

The burden of production then shifted back to petitioner Dynamic. The Federal Circuit explained that Dynamic could have satisfied that burden in either of two ways: (1) by establishing that National Graphics did not actually reduce to practice as it had argued, or (2) by establishing that the Raymond reference patent was entitled to an effective date prior to National Graphic’s invention date. As to the first option, Dynamic argued that National Graphic’s evidence indicated that the patentee still has “a long way to go.” The PTAB disagreed, explaining that actual reduction to practice does not require commercial perfection. As to the second option, Dynamic failed to make a proper showing under 35 U.S.C. §119(e) that the Raymond patent was entitled to the benefit of the filing date of its provisional application for the reason explained above—Dynamic filed to satisfy the rule, derived from Wertheim, that the priority proponent must link the disclosure of the provisional with the claims of the reference patent that issued from that provisional (not with the claims of the patent challenged in the IPR). To summarize, “[a] provisional application’s effectiveness as prior art depends on its written description support for the claims of the issued patent of which it was a provisional. Dynamic did not make that showing.” (Presumably, enabling support is also required.) The PTAB had properly concluded that Dynamic failed to demonstrate by a preponderance of the evidence that claims 1 and 12 of National Graphics’ ‘196 were unpatentable for anticipation under §102(e)(2). Accordingly, the Federal Circuit affirmed.

The result in Dynamic Drinkware is disconcerting to the extent that the disclosure of the Raymond provisional (which pre-dated National Graphics’ invention date) actually anticipated the challenged claims of the ‘196 patent; it would seem that the failure of those who prosecuted the Raymond patent to include a claim in the issued patent commensurate in scope with the Raymond provisional’s disclosure facilitated this rather disturbing result. Of course, the outcome in Dynamic Drinkware turned on pre-AIA law. If an AIA patent had been challenged, its owner would not have been able to antedate prior art by showing an earlier date of invention.

The Federal Circuit also noted, but did not reach, the issue of how the effective date of a reference patent or published patent application will be determined in the future under AIA law. That issue will turn on judicial interpretation of AIA-implemented 35 U.S.C. §102(d). As the Federal Circuit observed in a footnote, “[t]he relevant provision of § 102(e)(2) was reorganized into newly designated § 102(d)(2) when certain aspects of the Leahy–Smith America Invents Act (“AIA”), Pub.L. No. 112–29, took effect on March 16, 2013.” Because the Circuit in Dynamic Drinkware “refer[red] to the pre-AIA version of § 102,” it would “not interpret here the AIA’s impact on Wertheim in newly designated § 102(d).” AIA-implemented §102(d), titled “Patents and published applications effective as prior art,” refers to “subject matter described” in a reference patent or application. This phrasing, along with language asking whether the “patent or application for patent is entitled to claim a right of priority under section 119,” does not make crystal clear whether compliance with the enablement and written description requirements of 35 U.S.C. §112(a) will be required.

Our next seminar will be held March 10-11, 2016 at the spectacular 21C Museum Hotel in Cincinnati, Ohio. For additional details, see our website or email info@chisum.com. All Academy alumni/ae enjoy a 10% discount on our registration fee.