Highlights of the April 2018 Annual Update 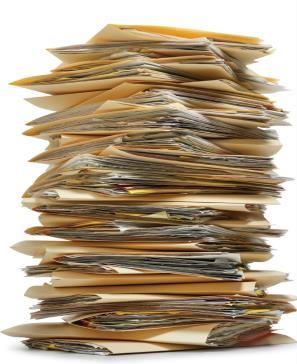 The following are highlights of the April 2018 Annual Update from Don Chisum and Janice Mueller at the Chisum Patent Academy.

• Heavily expanded analysis of the patent-specific venue statute, 28 U.S.C. §1400(b), revitalized after 27 years of dormancy by the Supreme Court’s 2017 TC Heartland decision; venue for infringement actions involving a foreign corporation; and venue for patent-related actions not involving infringement. See §13.01[C].

• In 2017 the Federal Circuit interpreted the standards of its 2011 Centillion Data decision to determine whether accused infringers were liable under 35 U.S.C. §271(a) for alleged “use” of a claimed system. In Georgetown Rail Equip. Co. v. Holland L.P., the Circuit affirmed a judgment of infringement based on a jury verdict, while in Intellectual Ventures I LLC v. Motorola Mobility LLC, it concluded that the district court should have granted the defendant’s motion for JMOL of noninfringement. In the author’s view, Intellectual Ventures I stretched the Centillion Data standard for “use” of a system in a manner that makes it more difficult to establish infringement of a system claim. See §14.02[B][2][b].

• The debate continues among Federal Circuit judges over the applicability of O2 Micro and the question whether a district court must always explicitly construe a patent claim term rather than allowing the jury to determine its “plain and ordinary meaning.” In December 2017, the Circuit denied a petition for rehearing en banc in NobelBiz, Inc. v. Global Connect, LLC, raising the O2 Micro issue, with three judges dissenting from the denial. See §15.02[D].

• Deciding an issue of first impression, the Federal Circuit held in its May 2017 decision, Aylus Networks, Inc. v. Apple Inc., that statements made in a patentee’s preliminary response filed in an inter partes review proceeding could be relied on thereafter by a district court in its interpretation of the patent’s claims. See §15.05[B][3].

• Ruling for the accused infringer on its ensnarement defense, the Federal Circuit in the September 2017 decision, Jang v. Boston Sci. Corp., held that a hypothetical claim proffered by a patentee will not succeed if it narrows the scope of the patent claim in any way. Nor can the hypothetical claim have merely the same scope as the patent claim; by necessity, there must be some broadening to cover the accused device under the doctrine of equivalents. The Circuit affirmed the district court’s vacatur of a jury’s verdict finding infringement. See §16.05[C][1].

• In February 2017 the Supreme Court unanimously reversed the Federal Circuit in Life Techs. Corp. v. Promega Corp., holding that the phrase “substantial portion of the components” in 35 U.S.C. §271(f)(1) must be interpreted quantitatively, not qualitatively. The Court further determined that the export of a single component cannot create infringement liability under §271(f)(1) as a matter of law. Contrary to the jury’s verdict, Life Techs.’ export of Taq polymerase, one of five components of the claimed invention, did not infringe. The Court declined to answer the difficult question of how close to “all” of the components of an invention a “substantial portion” must be to trigger §271(f)(1) liability. See §18.02[E].

• In the July 2017 decision Regeneron Pharms., Inc. v. Merus N.V., a divided Circuit panel affirmed a district court’s judgment that the patent in suit was unenforceable for inequitable conduct; the en banc Circuit denied rehearing by a 10-2 vote in December 2017. The notable (and in the author’s view, troubling) aspect of Regeneron is the majority’s approval of the district court’s imposition of a sanction against the patentee for its misconduct in the infringement litigation (largely involving the patentee’s failure, after waiving privilege, to produce documents illuminating its decision not to submit certain references to the USPTO). Although district courts indisputably possess the discretion to sanction serious litigation misconduct, the particular sanction imposed here effectively established, without the due process protections of a trial, one of the two pillars of the accused infringer’s inequitable conduct counterclaim; namely, the drawing of an adverse inference that the patentee’s in-house prosecution counsel and one of the patent’s two co-inventors intended to deceive the USPTO. In short, the sanction for litigation misconduct imposed an adverse inference of patent prosecution misconduct. Does such a disciplinary sanction accord with the Circuit’s 2011 en banc holding in Therasense that both elements of inequitable conduct, materiality and deceptive intent, must be separately proved by clear and convincing evidence? See §19.04[B][3][b][ii].

• U.S. patent law adheres with “particular force” to the presumption against its extraterritorial application. Liability for infringement of a U.S. patent must be based on a violation of U.S. patent law. Do the same territoriality limitations that apply to liability also apply to the remedy of damages for patent infringement? In early 2018, the Supreme Court granted certiorari in WesternGeco LLC v. ION Geophysical Corp. to address the question. The author examines the case history in advance of this upcoming Supreme Court decision, which carries important implications for trans-border trade in patented products. See §20.04[B][1][d].

• The 2018 Volume II update includes a comprehensive discussion of the various opinions generated by In re Aqua Products, a fractured and messy October 2017 Federal Circuit en banc decision concerning claim amendments in inter partes review. Overruling USPTO practice, a majority of the en banc court agreed that the IPR petitioner must bear the burden of persuasion that the patentee’s proposed substitute claims are not patentable. See §22.02[G][4].

• Almost five years after the implementation of the AIA post-grant review procedures, the U.S. Supreme Court in June 2017 raised questions about the system’s continued viability by agreeing to review its Constitutionality. In Oil States Energy Services, LLC v. Greene’s Energy Group, LLC, the Court will consider whether inter partes review—an adversarial process used by the USPTO to analyze the validity of existing patents—violates the Constitution by extinguishing private property rights through a non-Article III forum without a jury. The Court heard oral argument in Oil States in late November 2017, but as of early April 2018 has not yet issued its potentially momentous decision. See §22.02[I][2].

• In a case of first impression, a divided panel of the Federal Circuit held in the February 2017 decision, Secure Axcess, LLC v. PNC Bank National Ass’n, that “the statutory definition of a CBM patent requires that the patent have a claim that contains, however phrased, a financial activity element.” Such a claim need not include “particular talismanic words,” but “[w]hen properly construed in light of the written description, the claim . . . require[s] one of a ‘wide range of finance-related activities’ . . . .” Contrary to the PTAB’s statutory interpretation in Secure Axcess, it was not sufficient that the claimed method could be used in a manner merely “incidental” or “complementary” to a financial product or service. Nor was it determinative that the patentee chose to assert infringement of its patent claims only by financial entities. See §22.04[A].

• In May 2017 the U.S. Supreme Court in Impression Prods., Inc. v. Lexmark Int’l, Inc. adopted for the first time in the history of U.S. patent law the principle of “international exhaustion.” The Court held that Lexmark had exhausted its patent rights and could no longer sue for infringement to stop imports of the patented toner cartridges it had previously sold outside the United States. Concluding summarily that “[a]n authorized sale outside the United States, just as one within the United States, exhausts all rights under the Patent Act,” the Court reversed the Federal Circuit by a 7-1 vote. See §25.07[C][4].

This entry was posted in 2018 Patent News. Bookmark the permalink.