Posted on September 10, 2018 by Warren Woessner 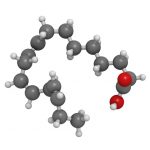 A September 6th post by Dennis Crouch at PatentlyO (“A Mixture of Known Compounds is Unpatentable without a Transformation“) led me to a closer reading of the cert. petition filed in Bhagat v. Iancu, (Case No. 18-277) an appeal from In re Bhagat that was decided by the Fed. Cir. on March 16, 2018. This decision was extensively discussed in my post of March 19, 2018. That post argued that the composition claims at issue, that are directed to a dosage comprising a certain ratio of fatty acids, are not an attempt to claim a natural product, and Bhagat makes those arguments again in her brief. Therefore, I will try to steer directly toward the interesting argument presented in detail in the brief that can be summarized by the question of whether or not the rationale for the Supreme Court’s decision in Funk Bros. Seed Co.v. Kalo, 333US 127 (1948) was effectively overruled by the much more recent Myriad decision.

This is not an easy question to answer, since the composition claims in Funk Bros. were invalidated as an attempt to patent a natural phenomenon – the discovery that culture of certain species of root-nodule forming bacteria were not cross-inhibitory – while the claims to the BRCA genes in Myriad were invalidated as an impermissible attempt to patent a natural product. Furthermore, the Funk Bros. decision was based on “lack of invention” since the Supreme Court applied an earlier version of s. 101 that included the novelty requirement. (The concurrence basically argued that the specification did not meet the written description requirement while the dissent argued that the specification was enabling.)

What is clever and thought-provoking in the petition is Bhagat’s focus on the subject matter that was found to be patent-eligible in Myriad, namely claims to cDNA that was prepared from the RNA encoded by the isolated BRCA genes. So long as the cDNA omitted non-coding introns, the Supreme Court simply reasoned that the cDNA was not a natural product.

The Baghat petition then takes a close look at Funk Bros. and argues that the decision was based on the fact that, once the mutually non-inhibitory property of the bacteria were discovered, it would only be a “simple step” to mix them with a known carrier and sell them packaged in combination, and so no inventive act – beyond the discovery of non-inhibition, a natural phenomenon – was involved in the claims. So the claims were invalidated, even though the combination did not occur in nature.

However, Baghat argues that the Supreme Court in Myriad did not impose any requirement for a further inventive act in claims directed to BRCA-based cDNA and cites literature to establish that it was routine to produce cDNA from a gene once the gene’s sequence was known. In other words, the Myriad court at least implicitly ruled that it was sufficient that the cDNA did not exist as such in nature. Applying this rationale to Funk Bros., the claims would have been found patent eligible because the combination of strains did not occur in nature.

“But once nature’s secret of the non-inhibitive quality of certain strains of the species Rhizobium [or the DNA sequence of an isolated BRCA gene] was discovered, the state of the art made the production of a mixed inoculant [or the production of cDNA] a simple step…All that remains [to support the mixture of strains being a product of invention]…are advantages of the mixture of inoculants [or the cDNA molecules] themselves. They are not enough.”

Was the Myriad decision based on an implicit belief that the cDNA is very useful, while the advantages of a packaged mixture of non-inhibitory strains is no big deal? While the Funk Bros. majority gave little credit to the improved utility of the claimed combinations, the dissent argued that the combinations fulfilled a long-felt and important agricultural need. Perhaps the Supreme Court will answer this question in a way that maintains the “delicate balance” between incentivizing innovation and impeding it.